For men seeking permanent sterilization in the Reno-Tahoe area, we offer no-scalpel vasectomy to both active members and non-members. We understand that urologists are often booked out weeks to months, so we offer the following cash-pay vasectomy procedure for a simple, transparent fee. Again, we do not bill insurance, and payment is expected upfront. We will provide an invoice upon request should you decide to submit it to your health insurer on your own. Fees include all follow-up appointments related to the procedure. We recommend scheduling a pre-operative consultation to discuss the procedure and answer questions.

Dr. Highley has over 20 years of experience in family medicine, which includes performing vasectomies. Dr. Highley is a family physician, not a urologist. Procedures and/or conditions deemed out of the scope of practice for family medicine will be deferred to a board-certified urologist. Details about these procedures may be found below. Do not hesitate to contact us with any questions.

Pre-operative consultation will be done our physician in-person or via telemedicine prior to scheduling a procedure. Book a Consultation 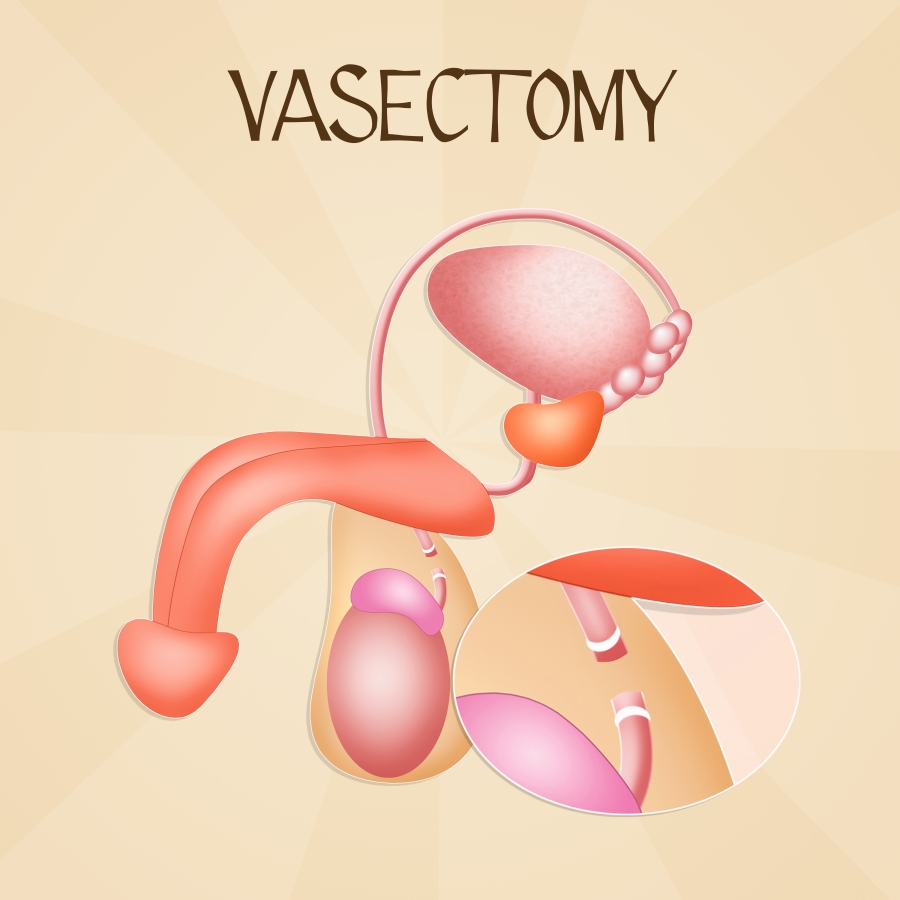 A vasectomy takes place under local anesthesia and lasts about 30 minutes. The physician makes 2 small cuts in each scrotum or one cut in the middle. The surgeon then lifts the vas deferens, removes about 1 cm of the vas, ties the ends, and then cauterizes them with a hot needle. This step prevents sperm (produced in the testicles) from entering the penis. After a vasectomy, a man needs to have 12-15 ejaculations before becoming sterile. He should return to the physician's office about 2 months after the vasectomy to have at least 1 sperm count to ensure that azoospermia (no sperm present) has been achieved.

Vasectomy has no effect on libido or performance. Some men claim that vasectomy improves their sex life because they do not need to worry about contraception. Vasectomized men can return to normal sexual activity 4-5 days after the operation, but, until sterility has been achieved, they must use contraception. The body continues to produce sperm in the testicles, but they remain in the blocked tube for about 3 weeks. After 3 weeks, they shrink and the body absorbs them like it absorbs blood after a bruise.

Frequent vasectomy problems are bruising and swelling, but they resolve themselves in a couple of days. Men rarely experience bleeding and infection, but when these problems occur, treatment rapidly eliminates them. Build-up of sperm at the operation site occurs sometimes, but these granulomas tend to disappear on their own.

Even though physicians may be able to rejoin the vas by microsurgery, return of fertility does not always occur. In fact, only about 5% of vasectomy reversals result in pregnancy. Men should decide to undergo vasectomy without any pressure. They should consider vasectomy as permanent and irreversible.

Surgical eligibility and pricing will be confirmed at the time of consultation.

Payment is due at the time of service, in full. We accept all major credit cards and cash. No refunds. We do not bill insurance. Medicare patients must agree to not submit any invoices to Medicare.

Personal Health Care is Our Mission